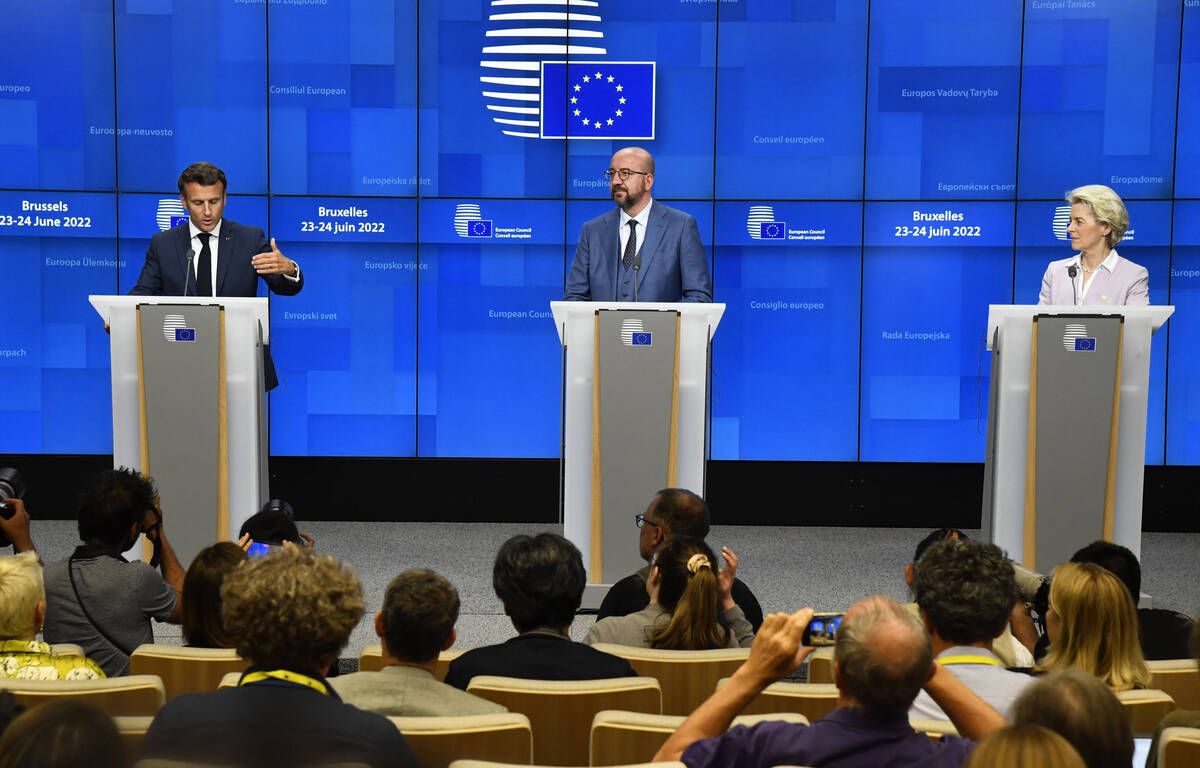 Did you miss the news this early morning? We’ve put together a recap to help you see things more clearly.

An already historic agreement. The leaders of the Twenty-Seven recognized Thursday in Ukraine and Moldova the status of candidate to the European Union, announced the President of the European Council Charles Michel, evoking a “historic moment”, in the midst of the Russian offensive. This decision immediately welcomed by Kyiv, taken at a summit of heads of state and government of EU countries in Brussels, marks the start of a long and complex process with a view to membership. “Today marks a crucial milestone on your path to the EU,” Charles Michel tweeted, congratulating Ukrainian President Volodymyr Zelensky and Moldovan President Maia Sandu, and their peoples. “We have a future together,” he said, also tweeting in those countries’ languages. 20 minutes follows the evolution of the conflict in Ukraine and the reactions to this EU decision in daily live sound.Last member of the commando alive, last to defend himself at the bar. At the trial of the November 13 attacks, Salah Abdeslam’s lawyers are pleading on Friday for the only surviving member of the commandos who struck Paris and Saint-Denis, with the hope of avoiding life imprisonment. The National Anti-Terrorist Prosecutor’s Office (Pnat) demanded against the 32-year-old Frenchman the heaviest penalty in the criminal code, incompressible life imprisonment. This sanction, rarely requested and pronounced only four times, makes the possibility of a release minimal.

The United States is not ready to turn its back on its guns. The Supreme Court on Thursday invalidated a New York state gun law, enshrining the right of Americans to leave their homes armed. This decision, taken by a majority of six out of nine judges, all conservatives, comes as the country is still reeling from a series of deadly shootings, one of which, on May 24, killed 21 people in a primary school. from Texas.

The US Senate on Thursday night passed a bill backed by elected officials from both major parties that is supposed to combat this wave of gun violence, with restrictions on access to firearms and billions of dollars to fund psychological care and safety in schools.